Honouring my Late Father, 20 years later ~ "A man of peace and his Jaffna memories" 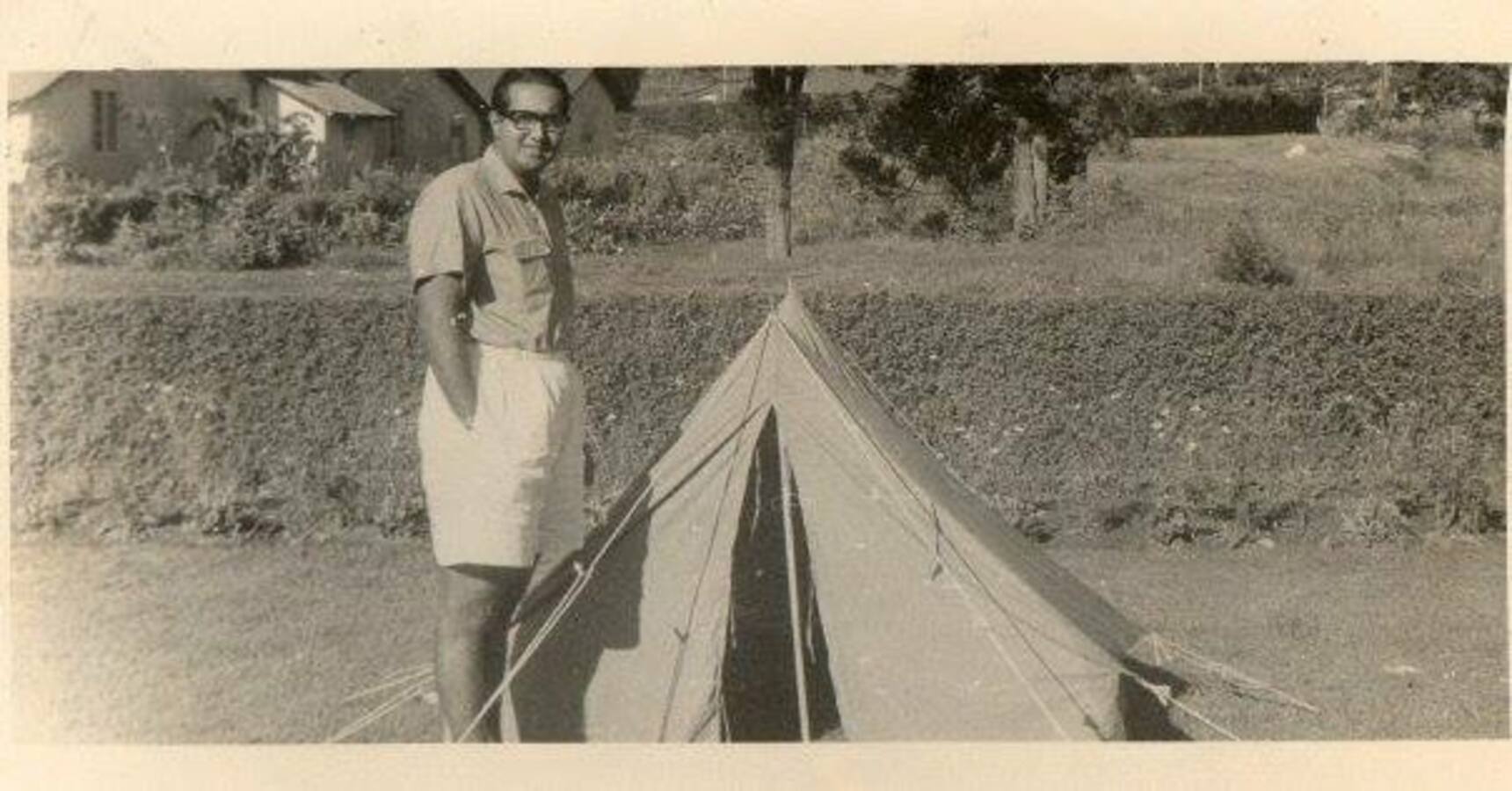 He'll never be forgotten, and always cherished. Will keep you in my heart till the end of my days.

On March 16, last year, Nilhan passed away. I was in Australia then and a few days later I was informed that Nilhan was no more. I was sad because I had hoped to see him in Colombo. In May, I visited his wife, Melody, and son, Michael, at their family home and shared many memories of Nilhan.
Nilhan, though he was ailing for sometime, kept his grace, humour and generosity till the end.
I first came to know Nilhan in the early 1950s when as a young boy he was living with his parents at Charles Place. His mother, Daya, and my sister, Mabel, were colleagues at University College, Colombo and became good friends. A friendship which was to grow stronger even after they left the university and Daya's marriage in 1937 to Warusavitharana Abraham de Silva who later became the Deputy Director of Irrigation. Their home in Charles Place was open to us as ours in Jaffna was to them.
Nilhan was the eldest in a family of five sons. He had his education at Royal and Ananda. During school vacations, Nilhan with his brothers would come to Jaffna and live with us. Mabel was at Vembadi and I was at Vadukoddai. Both Jaffna and Vadukoddai became their favorite vacation homes.
Jaffna in the early 1950s was a tranquil place. The wide-open spaces interspersed with lagoons, beaches and open oceans were an invitation to the boys who were full of energy and excitement. I remember well the times when after breakfast the boys would go exploring the countryside for miles on their bicycles, have sea baths at Casurina beach and return home with a ravenous appetite for a rice and curry meal with fish, crabs and prawns and Jaffna mangoes for dessert.
The late evenings were spent listening to Aunty Mabs reading stories. It was, perhaps this early experience that gave Nilhan the breadth of vision and deep sense of affection for Jaffna and her people. In later years Nilhan would return to Jaffna and speak of his disappointment over the deepening crisis in ethnic relations in the country. During the July 1983 riots, Nilhan helped in a large measure to provide shelter and transport to many traumatized people in Colombo.
After his education, Nilhan was employed in the commercial sector with the CFT, working in the imports and exports section. With ample opportunities to travel, he made several friends, not least of whom was Melody Wijetunge whom he met in Switzerland.
In December 1980, Nilhan and Melody were married. They have a son Michael Melhan who is at the University of Leeds, UK.
Nilhan had a busy life as an administrator. He was an active member of the Wildlife Society of Ceylon and the Orchid Circle of which he was President and life member.
His pride and joy beside his wife and son was his estate 'Nimple Tree' at Dodangoda.
Here he would retreat every Saturday to relax and unwind. In the midst of trees, shrubs and creepers many of which he himself had planted, he found peace and comfort which could not be found in his busy life and sweltering heat of Colombo.
Nilhan had a generous heart and a great sense of humour, always smiling and willing to help. He was sensitive to the needs of others.
He loved his country, fervently hoping for the return of peace and stability. It is sad that when this is on the threshold he is not around to see its fulfilment.
As a wonderful husband, father and reliable friend Nilhan will be missed not only by the family but by many friends as well.
Those who knew him and whose lives have been touched by him will continue to cherish his memory. "To live in the hearts of those left behind is not to die".- Ros. Thambiah