I recently received some inspiration for 'going' electric and decided to perform a conversion on one of my 1/8th scale buggies. I've got two - a Mugen Seiki MBX5 ProSpec and this Kyosho Inferno MP777 which includes many upgrades taking it to a custom SP1.

This conversion is based on the Kyosho Inferno 1/8 Brushless Conversion Kit and the entire process was extremely easy. On the plus side, the MP777 did not require any of the supplied 'washers' during the installation process and meant less things to keep track of during the build.

Also notice how the chart shows 27V as the max voltage for the 1515, which is what we calculated earlier.

The first stage of the conversion involved removing the the 'nitro' related components and also removing the front and rear bulkheads; the chassis plate needed a proper cleaning as this kit had been in storage for a while. This process took about an hour or two — I took my own cool time as I had an entire afternoon all to myself :) 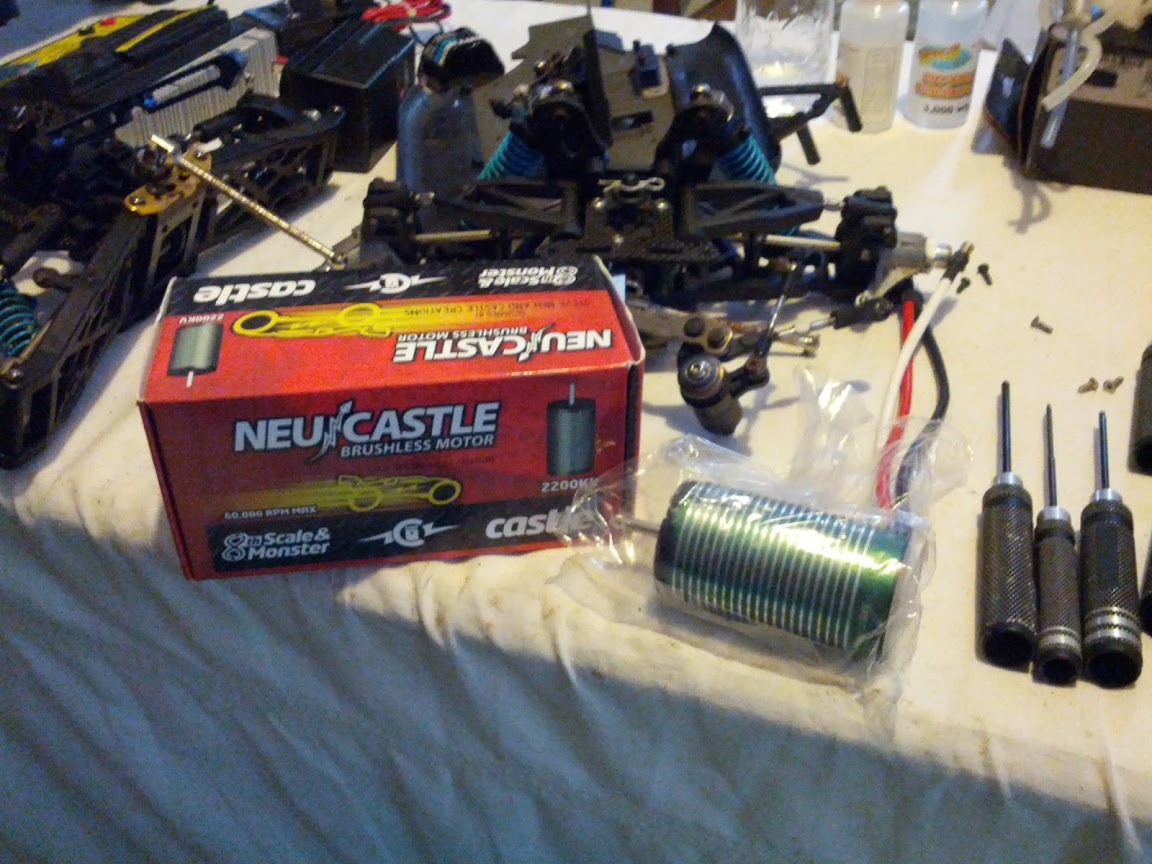 The 'nitro' dismantling process was of course performed after a good read through the conversion manual — in typical Kyosho fashion, extremely detailed with ample alerts on crucial bits that needed watching out for. I had to take the front bulkhead off as the servo saver arm needed to be rotated 180 degrees due to the change in servo placement for the conversion.

I also had to get at the centre differential and was one of the initial sections I worked on during the conversion. Reason being, I wanted to ensure my Castle motor would have the required clearance since it has 'fins' and its diameter is a tad bigger than the conversion recommends. The downside is the motor is completely cantilevered off the motor mount! I may try and place a custom motor brace beneath it later on. 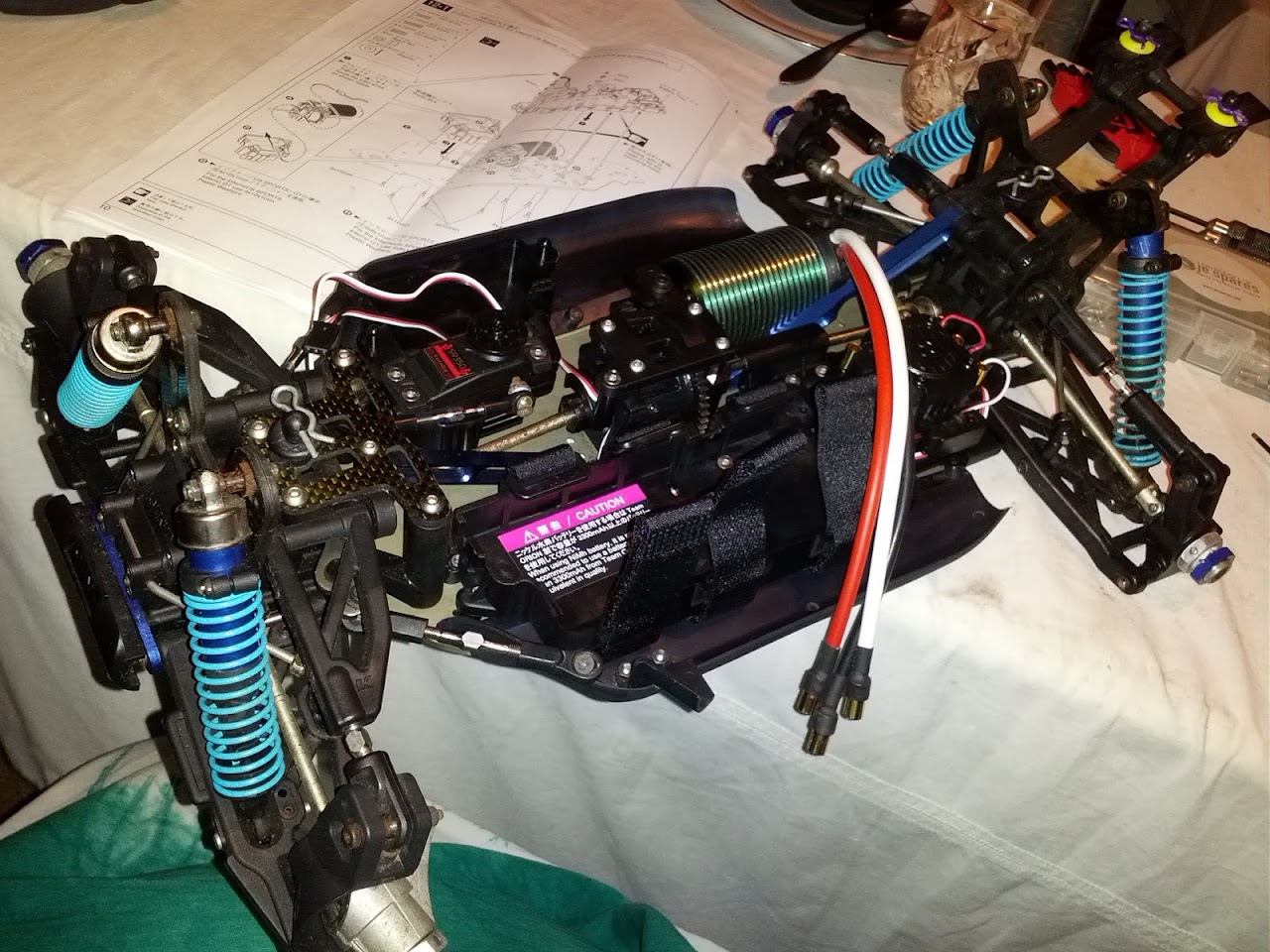 Once I had the motor and updated centre differential fitted, it was a simple matter of attaching the bulkheads that were previously removed, whilst making sure the centre CVDs and chassis anti-flex braces all fit back in place.

The servo/receiver box was the last large 'conversion' item to be added and as per the image above, you'll notice the servo horn hasn't been touched. Several orders have been placed at this time and this will be hooked up once they arrive.

I'm currently waiting on the above order; those with a good eye will notice there's a Mamba Monster ESC in there as well — why get two? Well, I thought it was a good idea to have a 'backup' and see which one was better (at least on 4S to start) and take it from there. I may even look to complete the electric conversion of my Mugen MBX5 at some point. 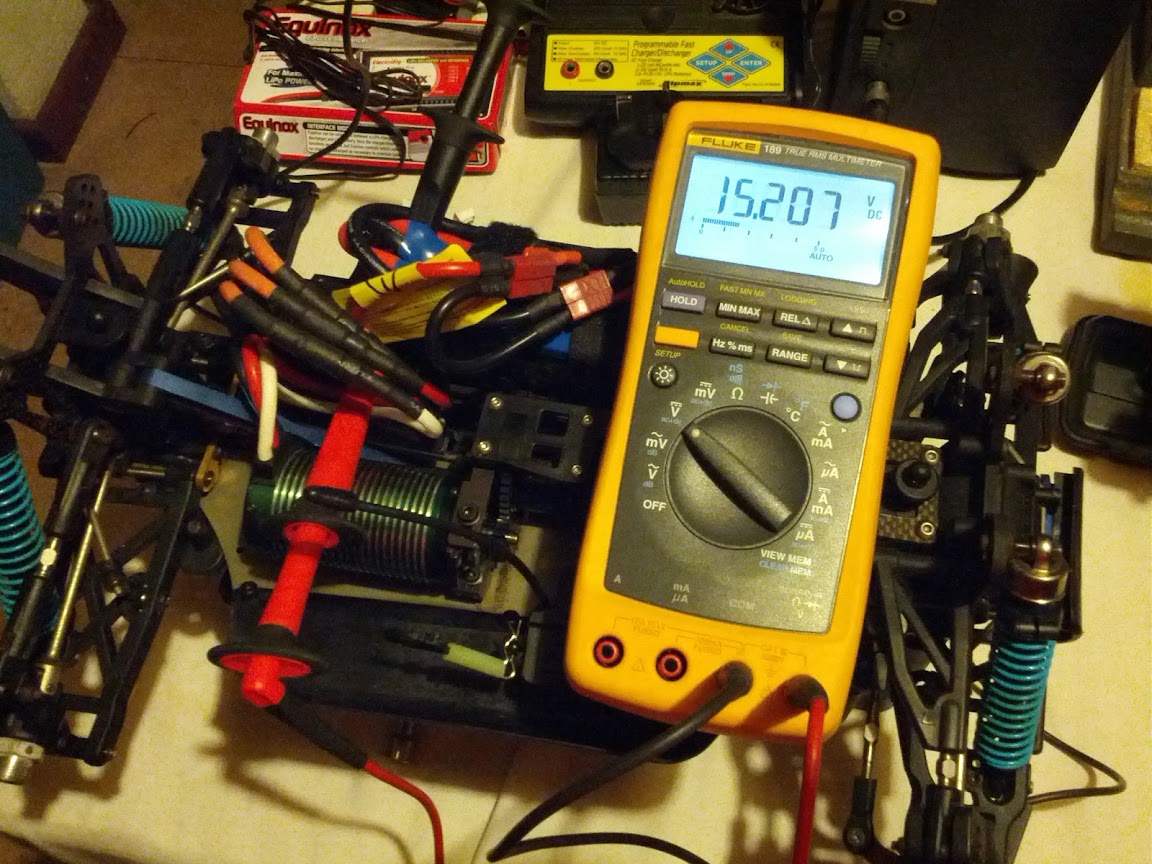 Upon receiving the above mentioned order I wired up three leads in orange with 6.5mm female bullets on one side and 4mm banana plugs on the other to interface the Castle motor with the Vortex R8 ESC. These three leads are visible in the image above and also shows the 4S voltage as 15.207V post running for about an hour. 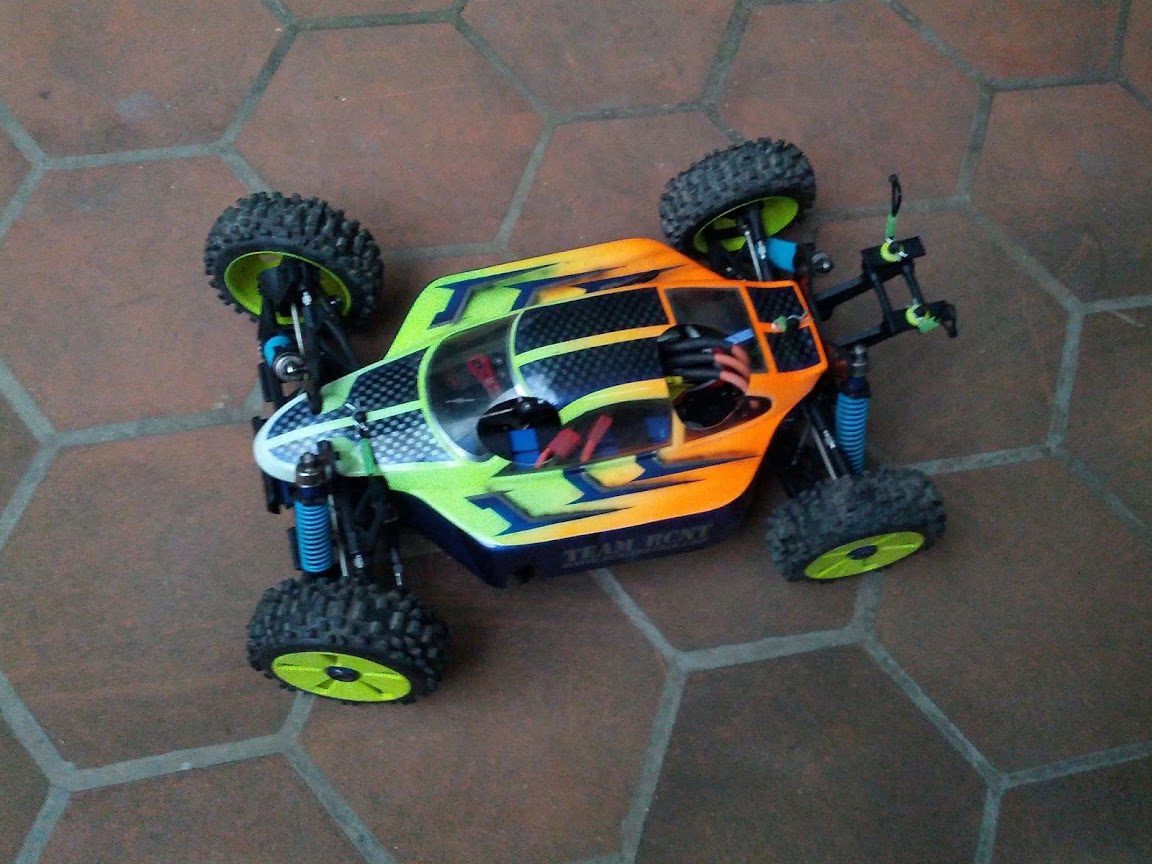 I've got an older Spektrum module that mates with my M11 Airtronics radio and whilst being stored it seems the duck antenna was damaged; these are very easily cracked at the 'neck'. The SMT coaxial connector is located near 'J1' on the PCB at the far-bottom left. 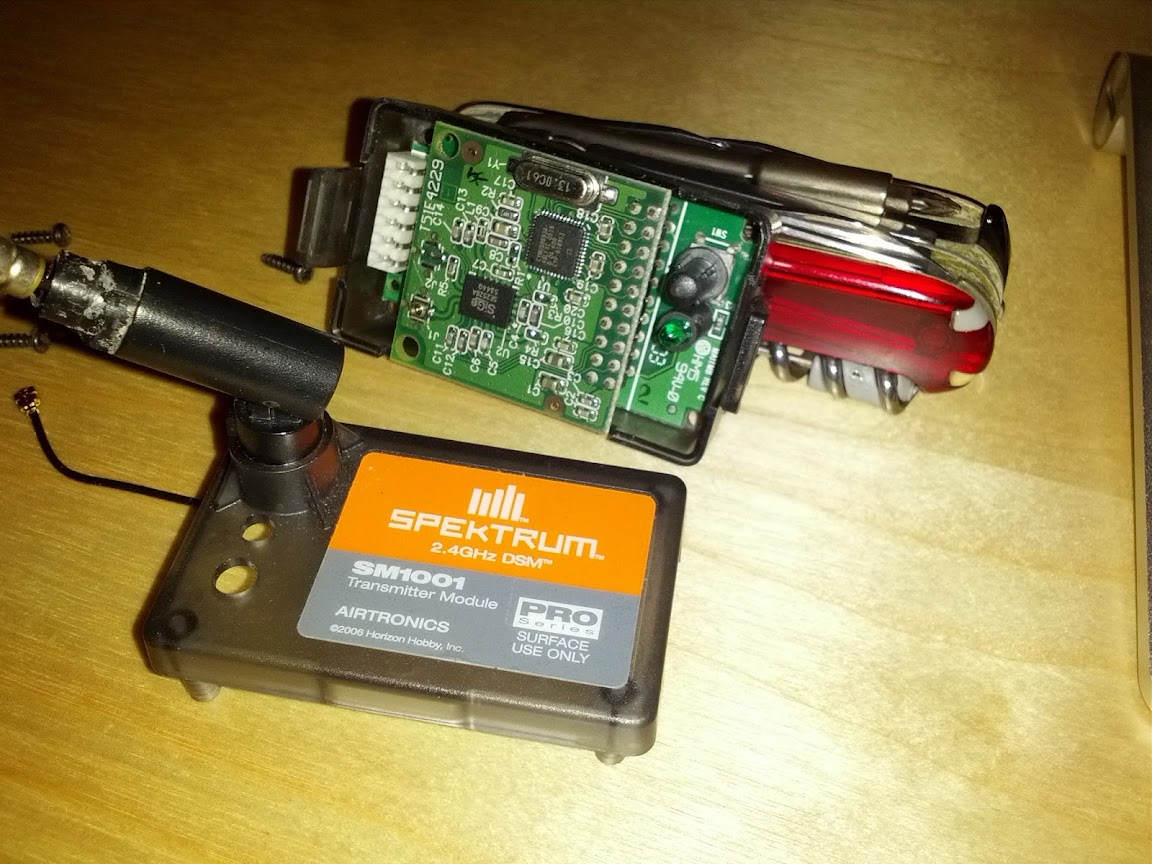 Horizon Hobby customer support in the US was utterly useless and simply refused to assist, mainly due to my location in Asia and also due to this being an older product. Thankfully, I managed to find a replacement on eBay and for under £10 including postage, I had myself a new antenna! 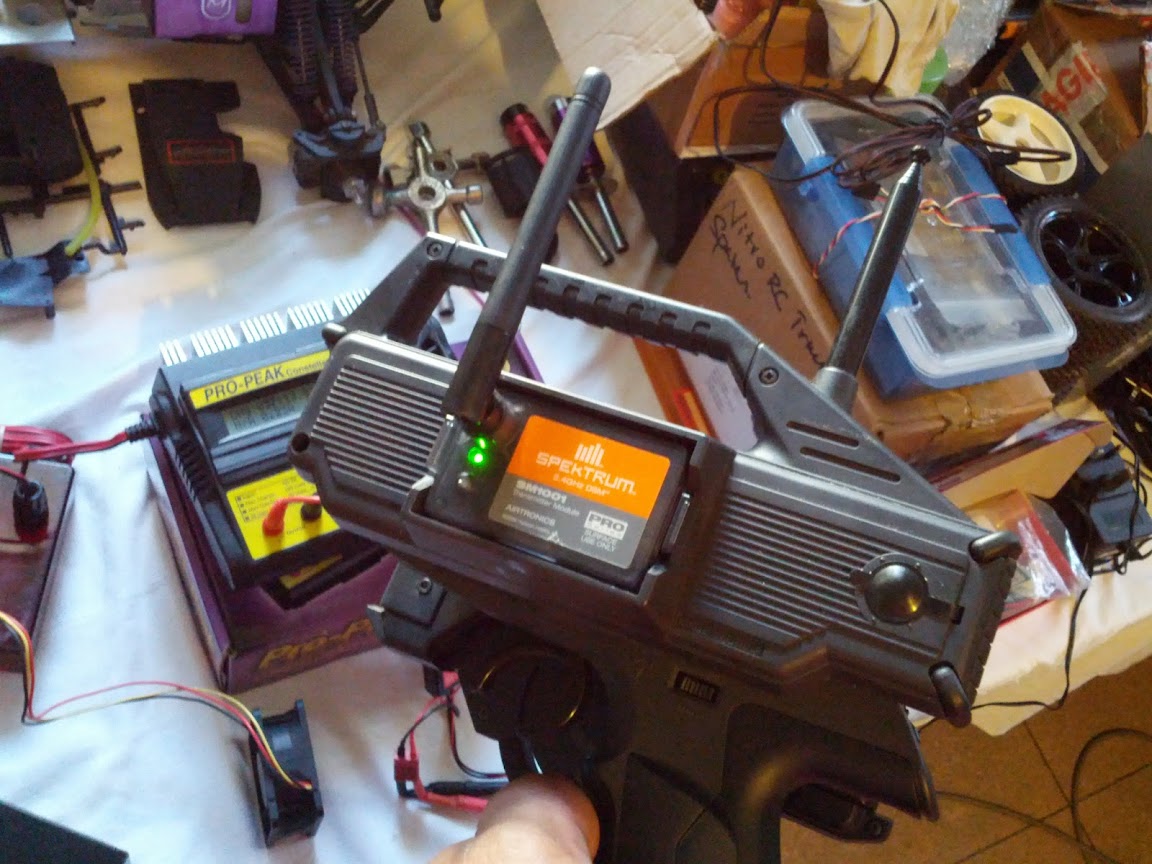 It's all about the Lipos

My battery charger is rather old and does not support 'balanced' charging of Lipos; hence you'll notice the Electrifly Equinox balance charger in the last order. 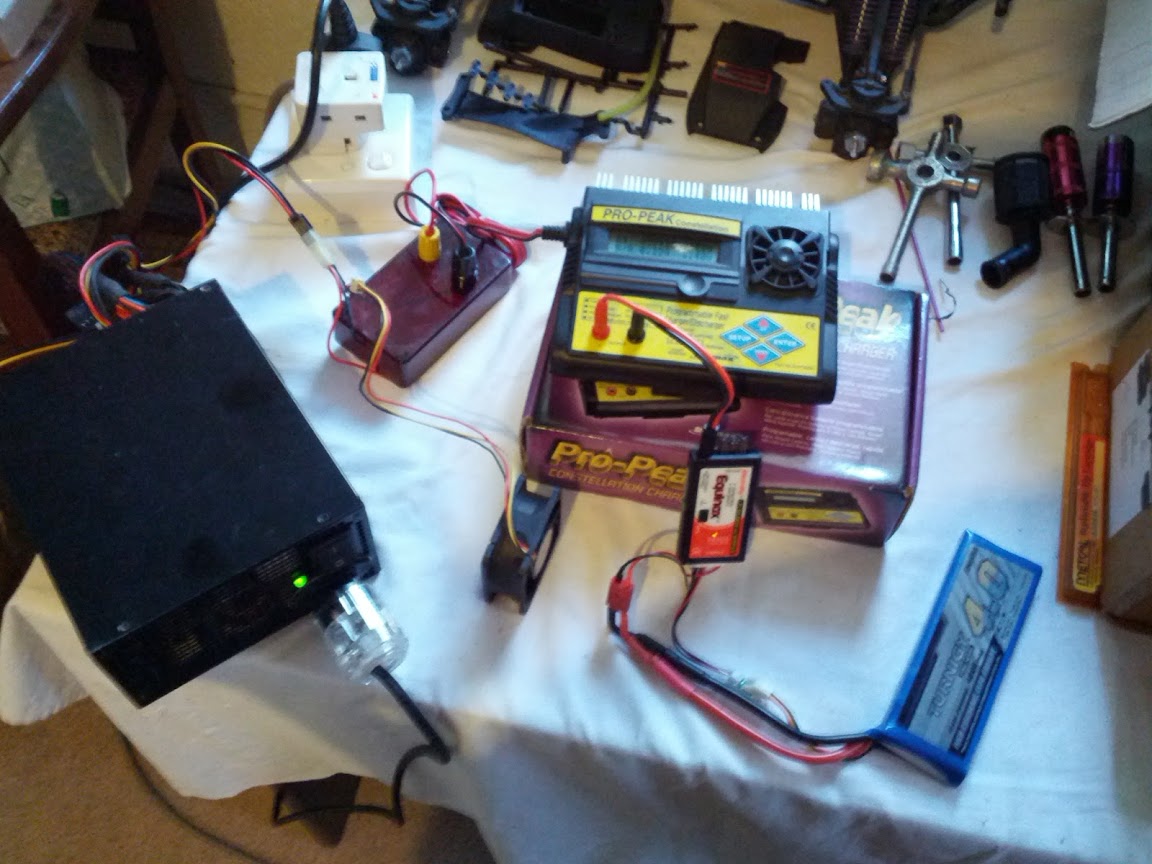 The current 2x2S pair will last 6 minutes on a 10C/40A discharge — in this scenario it would have to be run at full-throttle entirely.

These are also charged at 1C, hence 4A, during the Constant Current (CC) phase which brings the 2S open circuit voltage up to 4.2v/cell = 8.4v. Once this is reached, the Constant Voltage (CV) phase kicks in and the current is slowly dropped to around 10mA before the charger deems the lipo as 'fully charged'. The Electrifly Equinox balance charger is wired in "Interface Mode" to my legacy charger and ensures each lipo cell is within +/- 20-50mV of each other.